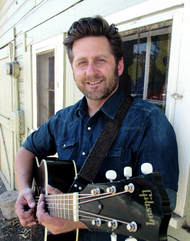 Wilderman's Author Chad Elliott​
Wilderman's is the creation of Chad Elliott. Elliott has been painting, sculpting, songwriting and performing for over 20 years, all the while holding on to the inner wildness of his youth. Elliott, who has 3 children, was inspired to write and record the Wilderman's book and album after becoming a father. Wilderman’s books, albums and art exhibits embrace the fires of creativity and inspiration. Elliott hopes this work will kindle a love for the arts and the outdoors in children for generations to come.

Books and Music
Wilderman’s Treetop Tales is a collection of whimsical lyrics and paintings created by International award-winning songwriter, Chad Elliott. Think Shel Silverstein with more color and a song album. The book is designed for ages 3-10 and contains both heartwarming and giggle-worthy poetry accompanied by Chad’s own illustrations. Elliott, who has been performing original songs for 20 years and is a winner of the Woody Guthrie Song contest, brings 10 of the lyrics from the book to life in the companion music album, also titled Wilderman’s Treetop Tales. Together, the book and album create an interdisciplinary offering of art, music and writing which allows the whole family to embrace wild imagination.

Wilderman's Exhibit
Chad Elliott has completed the first traveling Wilderman's exhibit. It includes 15 acrylic paintings. These 3 x 4 foot paintings were used for the illustrations of the Wilderman's Treetop Tales book. Elliott is currently painting a second exhibit collection for the Wilderman's River Rhymes book. Both exhibits are available for booking through Alyssa Elliott at homefirebooking@gmail.com. 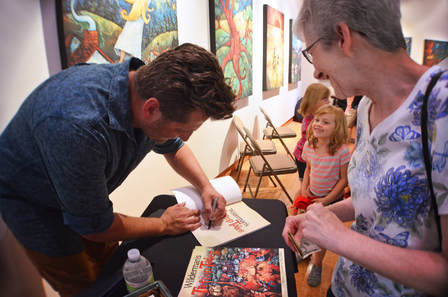 Workshops and Live Shows
Chad Elliott can bring the world of Wilderman's to your school, library, gallery, bookstore or venue. He offers a variety of programs including:Chad tours year-round and nation-wide. To see a list of his live events, view his calendar. To inquire about a program, contact Alyssa Elliott at homefirebooking@gmail.com.

Beyond Wilderman's
Chad Elliott tours nation-wide as a folk and blues songwriter and is also the author of a poetry book (not children's) titled, Rumble & Flash. In addition, he is a gifted painter. To learn more about Chad Elliott's Americana music career, writing and art, visit www.chadelliott.net.